An East Devon grenade range used by Royal Marine recruits during their basic training is to reopen next month following extensive refurbishment works.

The purpose built range at Colaton Raleigh Common on the Pebblebed Heaths, forms part of Woodbury Common Training Area. The facility closed in 2015 due to weather damage and erosion.

Now, following works carried out by the Ministry of Defence (MoD) to the range floor, internal buildings and perimeter fence, it’s been brought back up to an operational standard so firing can begin once again.

A great amount of care has been taken to minimise the impact of the range and ensure wildlife is protected. It is situated within a 1,100-hectare network of linked heaths which are home to more than 3,000 species of flora and fauna and protected by national and European designations.

Due to the site’s sensitivity, the MoD has worked closely with landowner Clinton Devon Estates, the Pebblebed Heaths Conservation Trust, which manages the land, and Natural England, which has provided national level ecological guidance to ensure that all work carried out does not adversely affect the site. 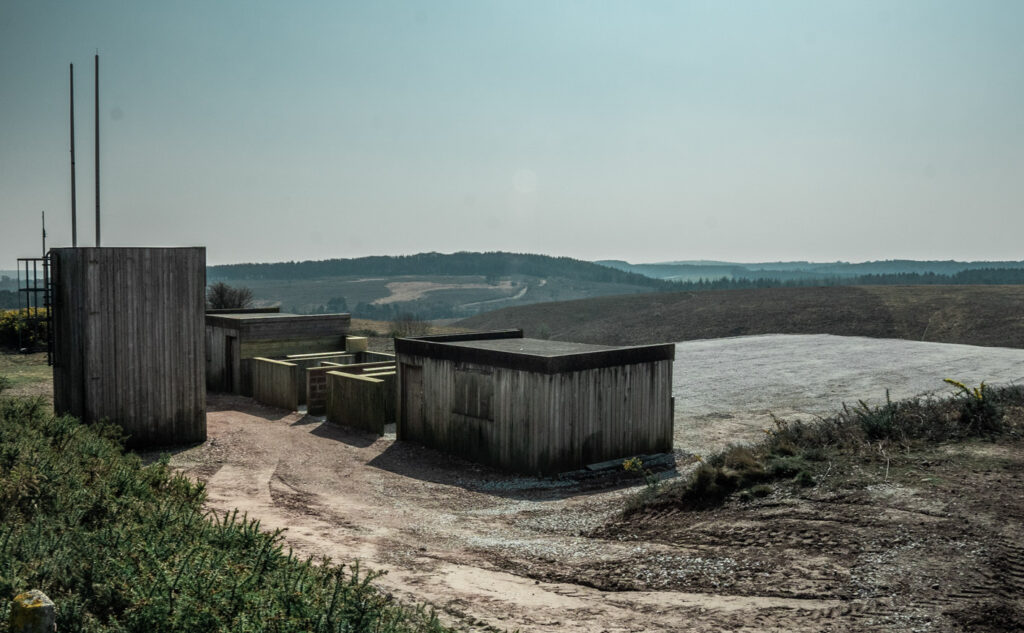 Live grenade training will resume in February 2022 and will take place up to eight days per month on weekdays, between 10am and 3pm only. People visiting the Heaths will be able to check future firing dates and times on the GOV.UK website. The practice has been undertaken at the range since the 1950s and is a core component of UK military close combat training.

Kim Strawbridge, Reserves Manager for the Pebblebed Heaths Conservation Trust, said: “Military training on the heathland dates back to the Second World War when Dalditch Camp was a major military encampment. We continually monitor the species of key conservation significance on the Pebblebed Heaths annually, including nightjar and Dartford warbler, and despite the presence of the range these have continued to thrive since the Heaths site was designated for conservation in the 1990s.”

Dr Sam Bridgewater, Head of Wildlife and Conservation for Clinton Devon Estates, added: “The Royal Marines have a long history of training on the Pebblebed Heaths with their activities controlled through a licence to ensure they are compatible with the site’s many conservation designations.  Every recruit that passes through training is taught about the site’s environmental importance and sensitivities.”

Rich Carter, the local Defence Infrastructure Organisation (DIO) Training Safety Officer for the Woodbury Common Training Area, said: “Good teamwork and collaboration has enabled us to complete this work and it will be great to see this important facility back in operation. To be able to have the option of using a grenade in a real life scenario, military personnel must have experienced throwing a grenade on a purpose built range so that they understand the principles of what they’re doing before they go into a tactical scenario. Training facilities like Colaton Raleigh Common are crucial to progressive military training.”

The range will provide a much-needed facility for military units based in the South West. It will primarily be used by recruits from the Commando Training Centre at Lympstone, however may also be utilised by other Defence users. During its closure, recruits had to travel to ranges in Wiltshire and South Wales to train, so its restoration will reduce transport times, costs and carbon footprint of users. 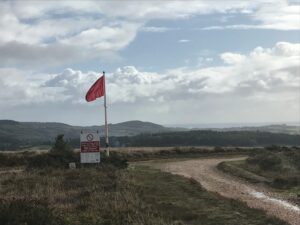 Mr Carter added that a particular type of stone is required for a grenade range. He explained: “The stone has to be hard enough to withstand the explosive blast, not compact over time and provide good interlocking proprieties to provide a firm stable base. In addition, and unique to the area, the stone selected had to be compatible with the chemistry of underlying geology so as not to impact on the local landscape. Consequently, extensive sample testing was conducted and appropriate funding made available to ensure that the MoD got it right.”

Formal notification of firing dates and times will be published on the GOV.UK, Straight Point Ranges and Woodbury Common Grenade Range firing times – GOV.UK (www.gov.uk) page, at least one month before activity is scheduled to take place. The legal conditions for this type of military training activity are set out in the Ranges Licenses and The Woodbury Common Range Byelaws, copies of which are published on noticeboards positioned on all approach routes to the Range Danger Area.